Whether in tourism, gastronomy or trade: waiting times are getting longer. And more and more often, customers are even going without. Quality is declining, prices are rising. Everywhere there is a shortage of skilled workers, and the quota of dismissals climbs to unimaginable heights from year to year. In connection with recruiting and retaining employees, the topic of appreciation is appearing more and more frequently as a central criterion for success. But how can appreciative communication be learned? And how can you establish genuine appreciation in everyday management?

Christian Bernhardt, lecturer for non-verbal communication and communication psychology as well as author of a reference book (see tip at the end of the article), provides answers in an interview.

Why is appreciation so important in times of a shortage of skilled workers?

Appreciation has become a critical element in leadership and in competing for the best employees in recent years for many reasons, here are the three most essential ones:

Can you tell us a little more about this?

With pleasure. Let’s start with the first reason: appreciation is the most important factor of attractive work in the D-A-CH region. As early as 2018, a study by the Boston Consulting Group, for which over 360,000 participants were surveyed globally, showed that in the D-A-CH region, the most decisive characteristic of good work is whether it is valued. Salary should not be forgotten, but it is only a hygiene factor. Ultimately, the decisive factor is whether the organisation and the manager honour the commitment of their employees on an emotional level and do not forget it even when things are not going so well.

The second reason is equally important: appreciation decides whether employees stay or leave. In the spring of 2021, a huge wave of redundancies built up in the USA, which has since reached Europe. It flushed employees out of the companies and left them perplexed, because a good number of the employees even quit without having a follow-up job in sight. When McKinsey examined the 20 most important reasons why employees left and compared these with the assumptions that employers had regarding the resignations, the big surprise came: of the four most important reasons why employees leave their companies, the latter only correctly assessed the fourth (lack of work-life balance).

The top three reasons for leaving (lack of appreciation by the organisation, lack of appreciation by the manager and lack of a sense of belonging) were ranked 11th, 19th and 14th, i.e. “far from the top”! Unfortunately, there is no other way to put it, but many companies are flying blind past the real needs of their workforce. Finally, the third point: appreciation shapes the attractiveness of an employer and access to good employees. When employees leave, there are reasons. And they rarely keep them to themselves. Craftsmen know other craftsmen, computer scientists know other computer scientists. A specialist who has been scared away shares his or her displeasure with an average of eight other specialists, i.e. with precisely those talents who would actually be needed to fill the vacant position. Instead of applying, they understandably hold back. When negative experiences are shared on employer rating platforms, the situation is further exacerbated. After all, up to 70 percent of the sought-after young professionals in particular are guided by the ratings on Kununu and Glassdoor, and half of them discard their application if the rating of an employer is not right.

We are all familiar with the term appreciation, yet it has a subjective component. Where does appreciation start, where does it end? Can you provide some clarity here?

That’s a good point, because appreciation is really measured with double standards! On the one hand, almost everyone thinks they show it sufficiently to others. On the other hand, it is very often missed because one has the feeling that it is not shown to oneself to the extent that one actually deserves and expects. But that’s not all: in addition to the subjective character, the understanding of what appreciation is has also changed over the years. From the origin of the word, it is first of all an economic activity: the value of something was estimated. In order to then remunerate it appropriately. And this is often still the case today from the point of view of management: an employee who performs well is appreciated for it. Another employee who constantly receives complaints is not. In addition to the economic meaning, however, a second, humanistic understanding of the term has developed. According to this understanding, everyone should be valued simply for being human.

The two parallel meanings regularly cause confusion: when a manager criticises poor performance and loses trust in an employee in case of repeated failure, it is difficult to separate the professional from the personal. The employee senses that the relationship has changed, feels unappreciated on the human level and withdraws. This is humane, but it exacerbates the situation. Since the manager is an important reference person in a superior position, it is up to him or her to become aware of the mechanisms and counter them.

In the process, managers can certainly expect one or two obstacles, right?

Definitely! For example, the self-fulfilling prophecy: if different employees repeatedly shoot typical bucks, the temptation is obvious to lump them all together at some point. You know exactly “what makes employees tick”. The problem with this is that social psychological research, keyword Pygmalion Effect, proves that the attitude of the manager leads to the fact that he or she ultimately gets those employees who correspond to his or her inner attitude. An effective credo in leadership, especially when things are not going well, should therefore be: You are fully accepted as a human being, but you are also fully responsible for your behaviour!

It must therefore be possible in business life to demand an agreed performance without anyone feeling personally devalued. It cannot, should not and must not be the case that an employee simply retreats to the humanistic understanding of appreciation if things do not go as planned. At the same time, companies must not close their eyes to the changing power relations in the skilled labour market! When we talk about markets, it is as true as ever that demand determines the price. As the saying goes: the war for talent is over! The talents have won! Entrepreneurs and managers who, in the face of this situation, continue to treat applicants and talents in the same way as before the tipping of the skilled labour markets are behaving like shareholders who continued to bet on Nokia while the smartphones from Apple and Samsung turned the markets upside down.

What can managers do to show more appreciation for their employees?

An old rule in communication is that the receiver makes the message. The behaviour of the manager is only appreciative if it is also perceived as such by the employee. Since people are different, the more individually these differences can be taken into account, the more successful appreciative leadership will be. This requires empathy, interest in the individual and the knowledge of what to look out for.

Can you also tell us what exactly needs to be taken into account?

For example, what kind of values the employee comes from. Appreciation is closely linked to the views that shape our behaviour, actions and feelings. There have been profound changes in this regard over the last ten years. As the research of the Nextpractice Institute shows in the study Values 4.0, our society has split up in the course of the digital revolution. Whereas in 2010 we were united by a common set of values, in 2016 seven different value worlds shaped our understanding of and expectations for good work. Some of these value worlds are still related to each other to a certain extent and complement each other. Between others, there are hardly any common corridors left through which to reach each other.

For example, the interests of a manager who is committed to high performance (one of the value worlds) are diametrically opposed to those of an employee who seeks meaning in life outside of work or who is primarily concerned with work-life balance. The problem is that you can’t just pick a few of these types to build your team. In our volatile and complex society, a high degree of diversity is needed to respond appropriately to change. So the challenge for leadership is to integrate the diversity of the different value worlds of their employees. The other value worlds, by the way, are: working in a stable community of solidarity; being able to live carefree from work; working hard to achieve prosperity and realising oneself at work.

A first step towards integration could be, for example, to talk together about the different value worlds and their implications, to have the employees take a test and then see what this means for the common work. Values are not static, but emerge and develop in joint discourse. Therefore, exchange is necessary. What is no longer possible, see the new power of employees described above, is a “take it or leave it” attitude on the part of management. If, according to the motto “as long as I pay your salary, you adopt my values”, they demand that the employee override their own deeper convictions, it will not work. Everyone knows: Yesterday’s standard solutions no longer work in the face of today’s challenges. It is the same in leadership. I can no longer lump all employees together and demand undifferentiated adaptation. Leadership is needed that is aware of and takes into account the individuality of its employees.

How can this be achieved?

In terms of recognition, for example, leadership needs to be aware of what is important to the individual. We know that employees are not only different in terms of values, but also in terms of how they perceive recognition. For example, Gary Chapman’s research shows that there are four different levels of recognition in business: While one employee feels particularly recognised when explicitly praised, another reacts more strongly to helpfulness. The third type feels recognised through time spent together and good conversations, while the fourth type prefers material benefits. As a leader, you can adapt to this. As I said, leadership will still be needed in the future, but it needs to become more empathetic, non-directive and individualised. The beauty of it is that focusing on people ultimately also leads directly to getting the numbers right. But it only goes in this direction: those who sacrifice the people to the numbers ultimately lose both. On the other hand, those who are prepared to sacrifice the numbers for the people win both. The order makes the difference. 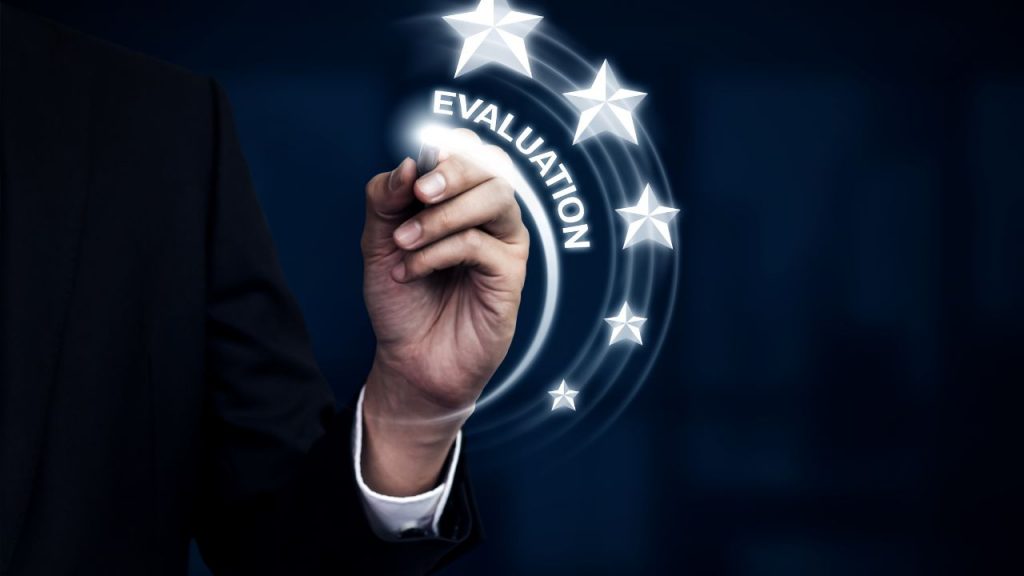